Offering several models from 10″ to 15″ & even the new slimline RIOT FL10, we’ve got you covered in any aspect.
Whether it be, efficient sound quality or spl, the master of many; The RIOT series follows the same engineering and are built with the same philosophy; More for less.
Nothing is spared, vented poles, check, drilled engraved backplates, check, nomex spiders matched with dual wound 3″ voice coils, check, up to 10″ spider configuration, check!
All such features are usually considered higher end and are charged for as such. The RIOT subs gives you that premium performance and appearance all day.

The new motor now has a ventilated pole which features XD flow, (X-Drilled) that cools the voice coils from the inside of the former. Simply put, it will lower heat and increase the powerhandling.
A total proven power increase of 25% (now 750 watts, with peaks up to 2000 watts) compared to earlier models, they are now catering to both bassheads with the urge to demo for long periods of time, but also to the audiophile purists that need premium components in their systems.

The RIOT FL10 is the slimline woofer to look for. With a mounting depth of less than 2.6″ / 65 mm, there is always space, even for for those who long for a front stage featuring a true subwoofer. The extended vented pole gives optimal cooling, while allowing a longer stroke which translates to more bass without taking up more space. With the v2, we introduced dual 2 ohm voice coils. This configuration offers greater flexibility for the customer as you can now choose a 1 ohm load or a 4 ohm load. 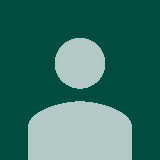